Diabetes is caused by insufficient or inability of human pancreas to secrete insulin. The operating principle of Zhikai insulin pump is to completely simulate the secretion rule of pancreas and continuously inject insulin into human body to make insulin infusion more physiologic, which is called "artificial pancreas". 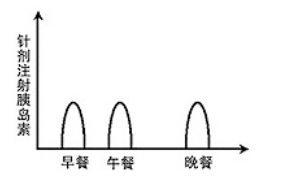 A one-time injection of large dose of insulin before every meal has poor absorption effect, and it is difficult to stabilize the blood glucose level, which easily leads to the phenomenon of high blood glucose at night and dawn. 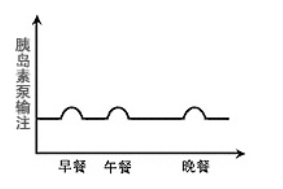 Insulin pumps with continuous subcutaneous insulin injection (CSII), as an alternative to multiple daily insulin injections, are predictive and reduce the risk of severe hypoglycemia. Importantly, the insulin pump also provides an effective means of bringing blood glucose control to near normal levels, effectively delaying or preventing the occurrence and development of diabetes complications, and improving the conditions of pregnancy and childbirth. In addition, the insulin pump allows patients who live on insulin to lead more normal lives. Therefore, intensive treatment for both type 1 and type 2 diabetes is of great value.

The output of insulin is more physiological

Insulin would be injected more closely to the normal pancreas when using a insulin pump. It has a continuous base infusion volume, allowing pump wearers more freedom to cope with predictable and unpredictable changes in insulin requirements. For example, pump users who experience "dawn phenomenon" can set a higher base infusion volume at dawn; A large pre-mealtime infusion can be given during a meal. If a meal is cancelled or delayed, there is no need for a large pre-meal infusion, and the basic infusion volume can maintain blood glucose levels.

With regular injections of insulin, insulin stays in the body for a long time, and the absorption of insulin into the blood by subcutaneous injections is unpredictable. With this treatment, up to 80 percent of daily fluctuations in blood glucose are due to inconsistencies in insulin uptake. By contrast, short-acting insulin pumped showed more predictable absorption. The 24 - hour dose change was less than 2.8%. As a result, blood glucose fluctuates less. The insulin pump reached the peak plasma insulin concentration 30 to 90 minutes after the large dose before the meal (the peak plasma insulin concentration was reached in a shorter time period for ultra-short-acting insulin). This ensures that post-meal blood glucose levels remain close to normal. Conventional insulin injections, on the other hand, are difficult to predict postprandial insulin spikes.

Reduces the incidence of severe hypoglycemia

Pump therapy will have a more stable level of blood glucose , thus reducing the risk of hypoglycemia. In the event of hypoglycemia, the patient may stop or reduce the continuous infusion of the pump, or reduce the amount of pump input in advance; However, with the method of general insulin injection, it is impossible to block or reduce the continuous absorption of insulin. At this time, patients need to take extra food, which will increase the intake of heat energy and easily lead to weight gain, which is adverse to the control of diabetes. For those patients who are highly sensitive to insulin, the insulin pump is very useful in avoiding insulin overdose: the small dose in which the pump can accurately inject is 0.01 units. Because the dose is so small, insulin does not form a "small pool" under the skin, and the rate at which it is absorbed into the bloodstream is very constant.

Lead to a more regular life

Compared with multiple daily injections, patients with pump treatment could better coordinate the relationship between insulin and diet and exercise. If the activity schedule and meal time are changed, pump wearers can adjust the amount of insulin infusion, and they do not need to plan the time of insulin injection and the peak time of insulin action like insulin injection. With this in mind, insulin treatment is particularly appropriate for people who travel frequently, have frequent changes in their work schedules or exercise levels. The previous treatment method was extreme diet control, while the treatment method of insulin pump could control the blood glucose within the normal under the reasonable diet. It can be said that the choice of insulin pump is freedom of choice.

Diabetes patients need lifelong treatment. The annual cost of drugs is high, and there are many side effects. At the same time, blood sugar fluctuates greatly, and it is easy to have acute or chronic complications. At this time, hospitalization is needed, and hospitalization fees, examination fees, etc. At the same time, the patient suffers physically and mentally, and the psychological burden is heavy. With pump treatment, patients can easily enjoy a free life with only two to three years of medical expenses. They can also devote themselves to work and pay for medical expenses from their own labor. So buying and using an insulin pump is an investment and a lifetime benefit.

上一篇：Insulin pump is not far away from us
下一篇：没有了

Came from the world's top 500 well-known companies, the members of APEX’s management team have abundant working experiences and a global vision in the field of medical device.